As the world turns 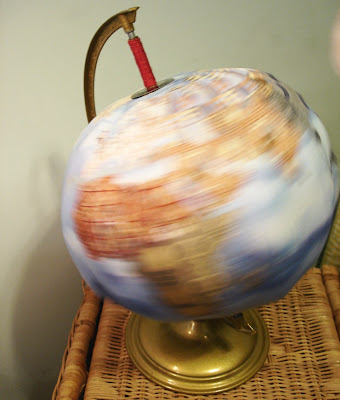 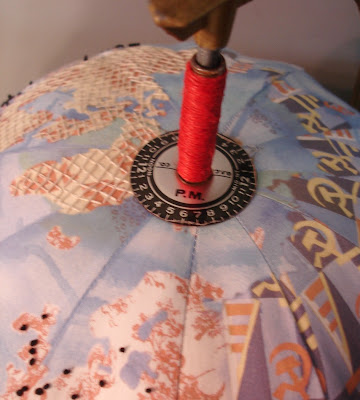 The top was great, with the pipe wrapped in waxed red hemp and using the metal disk from the original globe. The bottom had been wrapped as well, but the globe kept slipping down. After some kind suggestions and then some hunting around down in the basement, found a metal washer that was exactly the perfect diameter to slip over the pipe, but not slip over the wrapped sections. I added a piece of black felt between the metal and the globe to protect it and provide a smooth friction point. 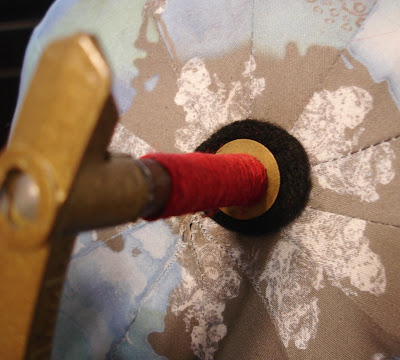 It's a little squat and the stuffing filling out the gores created a sort of peeled orange ribbing. If I were to do it again I'd stretch the pattern vertically a bit. But the earth actually is a bit squat, right? It's not a perfect sphere. 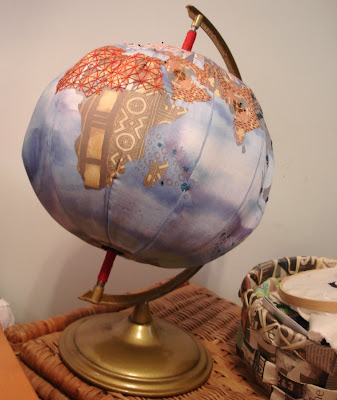 I'm also concerned what people's reactions to the patterns and stitching will be. The selections were somewhat arbitrary and don't precisely represent borders or specific cultures. They are more generalizations. Part of the reason for stitching was just to boost contrast- the large format printer really washed out my image. 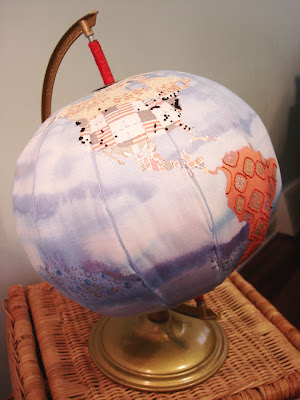 I think adding the french knot blog hit representations is interesting. It shows who's been reading my blog this past weekend (and in general), and so reveals perhaps the english-speaking and internet accessible areas of the world.
I forgot to mention before one of the inspirations for the piece. One of my ancestors attended a Quaker School in the early 19th Century, where they had young girls stitch globes as both geography and embroidery lesson. Here's to Mary Troth!
Posted by MarieE at 1:14 AM