Working in the Night Studio

It's been a lovely rare day when all three of us had a day off, no classes, no work, no school thanks to a snow storm. The snow storm was so mild it didn't prevent us from going out, so I persuaded my not-so-artsy family to come with me to the Fabric Workshop Museum to see the Cai Guo Qiang exhibit before it disappeared. Check it out.

Although I thoroughly enjoyed our time spent en famille, I'm also happy to spend time in the studio. So when everyone's off to bed, I get to be creative. I decided to try out a snow-dye experiment that was introduced to us in class the other day. 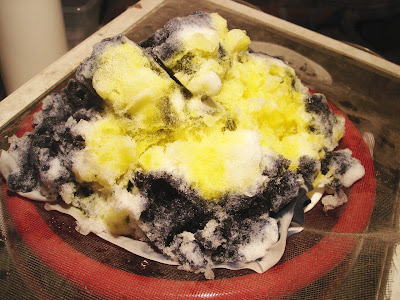 We were told to lay a screen over a catch-bucket, crumple some pre-soda-soaked fabric over the screen, pile snow on top of the fabric, and then pour dye concentrate over the snow like a giant snow-cone. I used lemon yellow and jet black MX dye on a piece of cotton and a piece of silk, both prepared beforehand in a soda ash bath and dried. Hopefully I'll get some interesting greens in this too. Mother nature so wonderfully provided the snow within reach of my basement studio window, and I didn't even have to go outside! 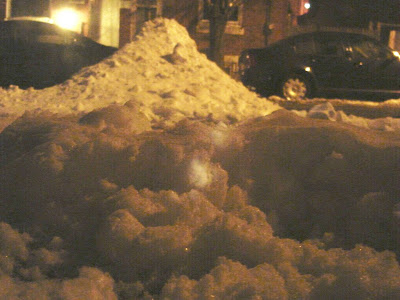 That whole process will be allowed to melt over night, and I'll show you the results later. The rest of the night has been spent on french knots! I love french knots. 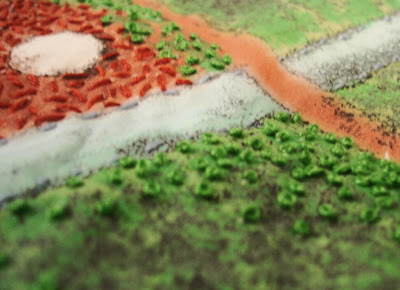