The Saving Grace of Stitching

I've recently read "Sins and Needles: A Story of Spiritual Mending", the memoir of Ray Materson, who discovered embroidery while imprisoned on drug charges in the 90's. 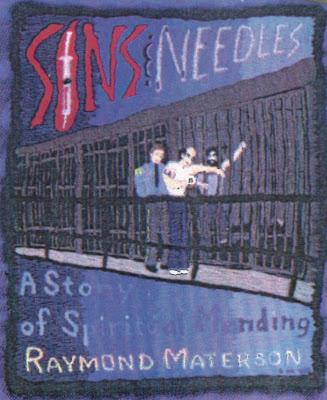 His pieces are generally baseball-card sized and densely stitched, originally with the threads of unraveled socks. His images are generally narratives, autobiographical, or portraits. The one below depicts when a seagull got caught in barbed wire on the prison wall and its cries were heard all around the compound. 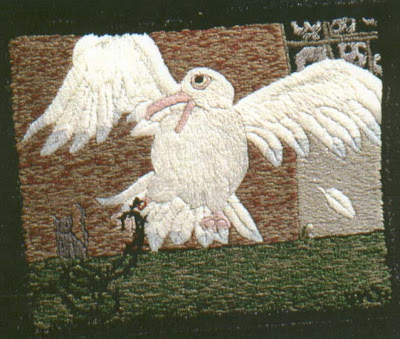 He discovered the meditative power of embroidery, focus through repetition and slow creation, and the purpose that builds in creative acts. This power of embroidery carried him through his sentence and equipped him with purpose upon his release, helping him fight the demons of addiction. For more of his story and his work, you can visit his website or read his book. 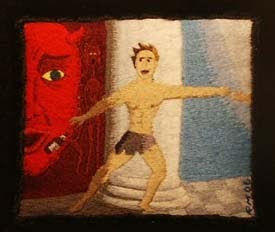 Some synchronicity occurred.. after finishing the book I noticed that Penny Nickels had written about embroidery and social justice over on Mr. X-Stitch, including a link to "Fine Cell Work" - a UK program that introduces needlework to inmates, commissioning works for sale. I wonder how widespread crafts like needlework are in the American system.
Posted by MarieE at 11:36 AM