IS HOT!!!! I got into the studio around 10:30 today, and the lovely sun that streamed in Winter mornings keeping me cozy is now steamy light warming up the space a little too much! It was 88 degrees. Time to get a fan in there.... However, by noon the sun had shifted and some cool returned. Looks like I'll have to do afternoons over there instead of mornings. Despite the heat (why, oh why am I doing big pieces that drape over me while I work?!?), I made some progress on my graffiti sampler: 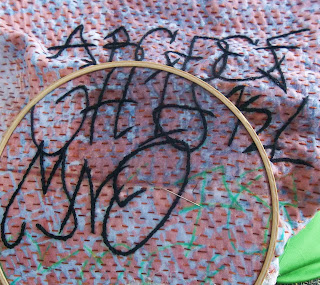 And inspired by yesterday's museum visit I came up with an idea for a potential series and did a sketch: 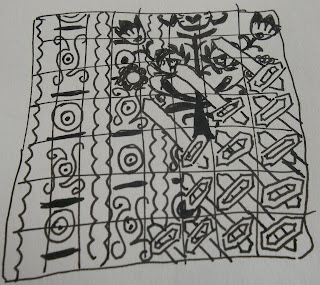 Just for fun, here's a peek in my sketchbook from another visit to the Wagner last week: 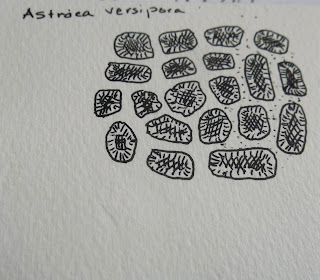 Above is a pattern in some brain coral, and below a pattern in a sea fan. I love how patterns replicate themselves in a fractal way in nature, and systems in all structures mimic each other. How is space best filled? How to create flow? Grids and branching are found everywhere. 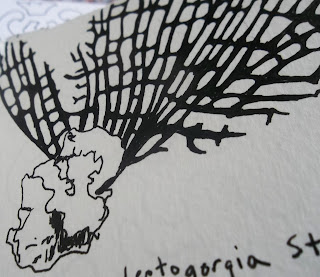